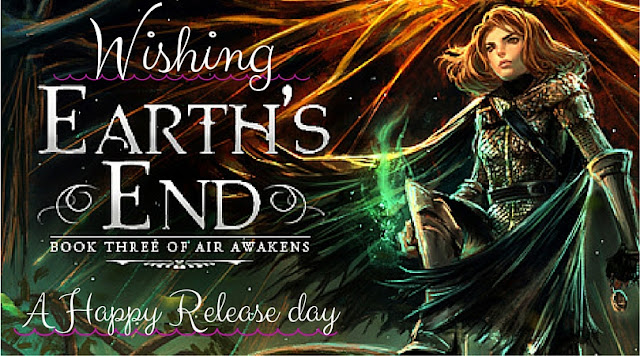 As some of you may know (since I think I have it mentioned ALL over my twitter), today is the release day of  a very special book....Earth's End.

Earth's End is the third book in the Air Awakens series. In this book we get to be thrust back into the would of the Solaris empire and experience the heart ache of what happened in book 2; Fire Falling.

Many fans have been anticipating this book for almost 11 weeks now and are awaiting to get the answers to all their questions.
Good news for those fans is that this book is finally out, and all those ground breaking questions can officially be answered.

I can't wait to pick up on this epic journey on where I last left off!

First time hearing about this book? Here's a little infomation about it

Vhalla Yarl has made it to the warfront in the North. Forged by blood and fire, she has steeled her heart for the final battle of the Solaris Empire’s conquest. The choices before Vhalla are no longer servitude or freedom, they are servitude or death. The stakes have never been higher as the Emperor maintains his iron grip on her fate, holding everything Vhalla still has left to lose in the balance.

Haven't had the opportunity to buy it yet? Don't worry you can purchase it at any of these sites: 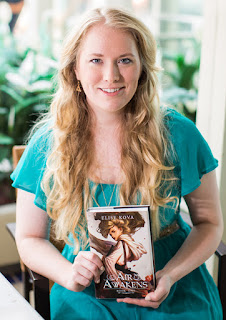 Elise Kova has always had a passion for storytelling. She wrote her first novella, a high-fantasy, in sixth grade. Over the years she’s honed her love of literature with everything from fantasy to romance, science fiction to mystery, and whatever else catches her eye.
Elise lives in Saint Petersburg, Florida, where she’s currently working on the next installment in her debut YA fantasy series: Air Awakens. She enjoys video games, anime, table-top role playing games, and many other forms of “geekdom.” She loves talking with fans onTwitter (@EliseKova) and Facebook.

Posted by Sabrina at 5:00 AM
Email ThisBlogThis!Share to TwitterShare to FacebookShare to Pinterest

Hi Sabrina!! Your site looks awesome!!
I have major questions about how you get certain things on your site - banners etc..
I've got my site up - only 2 book reviews so far.. but it's in process!!
I'll text you the link soon..
Love Jennifer