January Author of The Month 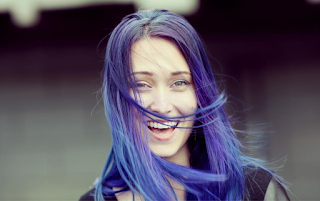 The debut author of the YA paranormal romance Velvet is as nerdy in real life as she is on the Twitter. Armed with a very shiny English degree, she spent four months in Oxford holed up at the Radcliffe Camera amongst the hush of ancient books and the rich musk of academia. Returning to Los Angeles, she acquired a concurrent degree in film, mostly as an excuse to write essays about The Princess Bride and Hook. She can sew (poorly), drive stick (please fasten your seatbelt), and mostly lift her feet off the ground while stuttering into first gear on a very small motorcycle. She currently lives in Nashville and is the proud mother to a one-year-old laptop and a vintage Remington typewriter.
Get in touch with Temple through:

I would like to take the time before you read the Interview to thank Temple for taking some time to partake in this. She was quite busy, but was sweet enough to agree. I also can't wait for Cashmere, book 2 in The Velvet trilogy to come out! Enjoy

1. What inspired you to become a writer?


Temple: Writing came to me more like an acquired childhood motor skill than because of any decision I consciously made.  As soon as I learned how to write, I did, constantly.


2. Which author’s do you admire?
Temple: All of them! If you take the time to write a book, then that's a huge accomplishment. More specifically, however, I'm a huge fan of Laini Taylor, Scott Lynch, Nathan Garrison, and Brent Weeks.

3. Where did the inspiration for Velvet come from?
Temple: The Old Testament of the Bible.  There are a few references in there about a race of people called the Nephalim.  Some thought they were giants or sorcerers or simply great warriors.  I already loved vampires so it got my mind churning about their origin story, though I didn't end up using the Nephalim in Velvet

4. Who is your favourite character in Velvet?
Temple: It varies every time I answer this question but today it's definitely Lucian.

6. If you could describe Velvet in three words, which would you use?
Temple: Witty vampire banter.

7. What two quotes do you like to live by on a daily basis?
Temple: My mother and father each had a saying when I was growing up.  My mom always told me to find a way, not an excuse.  Basically, if you want to do something or be something or achieve something, find a way instead of complaining about how you can't do it or how hard it is.  My father always told me to work hard, to be smart, and to be kind.  I've tried to live my life in alignment with their advice.

8. While writing, what’s one thing you absolutely require (food, drink, blanket, etc)?
Temple: I either need it to be very quiet, or at a medium level of white noise.  I often wake up, huddle in a cocoon of blankets on my bed, and write for several hours before work.  I don't go get coffee or food and I only turn on one light.  I have my laptop by my bed so I don't even have to get out.  The quickest I can go from sleeping to writing, the more efficiently I can use my writing time.

9. When you’re not writing, what do you enjoy doing in your free time?
Temple: Everything else. Ha! I love going out for breakfast and coffee, I love scouring thrift stores for craft projects, and I'm a huge binge-watcher when it comes to sci-fi and fantasy shows.

10.  What’s one piece of advice you would give to an aspiring writer?
Temple: Read as often you write, and then write all the time.  Read stuff outside your genre, too, and watch movies -- you can learn how to craft narratives by absorbing stories from multiple mediums. 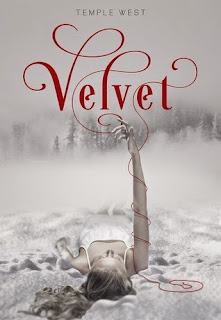 After losing both her parents before age seventeen, aspiring designer Caitlin Holte feels like her whole world has been turned upside down, and that was before the terrifying encounter with a supernatural force. Then, she learns that her hot bad-boy neighbor, Adrian—who might have just saved her life—is actually a half-demon vampire.

Suddenly Caitlin is stuck with a vampire bodyguard who feels that the best way to protect her is to become her pretend boyfriend. Trouble is, Caitlin is starting to fall in love for real, while Adrian can never love a human. Caitlin trusts Adrian to keep her safe from his demon father, but will he be able to protect her heart?

Posted by Sabrina at 5:30 PM
Email ThisBlogThis!Share to TwitterShare to FacebookShare to Pinterest
Labels: Author of the Month