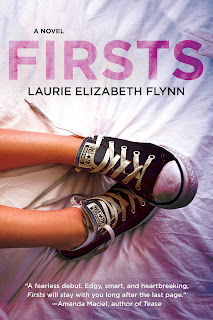 Description: "Seventeen-year-old Mercedes Ayres has an open-door policy when it comes to her bedroom, but only if the guy fulfills a specific criteria: he has to be a virgin. Mercedes lets the boys get their awkward, fumbling first times over with, and all she asks in return is that they give their girlfriends the perfect first time- the kind Mercedes never had herself.

Keeping what goes on in her bedroom a secret has been easy- so far. Her absentee mother isn’t home nearly enough to know about Mercedes’ extracurricular activities, and her uber-religious best friend, Angela, won’t even say the word “sex” until she gets married. But Mercedes doesn’t bank on Angela’s boyfriend finding out about her services and wanting a turn- or on Zach, who likes her for who she is instead of what she can do in bed.

When Mercedes’ perfect system falls apart, she has to find a way to salvage her reputation and figure out where her heart really belongs in the process. Funny, smart, and true-to-life, FIRSTS is a one-of-a-kind young adult novel about growing up."


When I discovered this book over on Netgalley, it was an instant auto request. I couldn't have been happier when I finally received this book. Firsts sounded like an absolute scandalous read, and that's exactly what it turned out to be. I have a few concerns after finishing the book, but my overall reaction was good. The characters were really well written and the story didn't have any holes.

Mercedes Ayres. That is the name of this female protagonist. All she ever wanted to do was make sure girls would experience a lovely first time with their boyfriends. So, that's exactly what she did. Mercedes bedded a lot of boys, but her rule was that they had to be virgins. It was interesting to read her mind set on this topic, and to see the many sets of emotions she went through as her journey went on. I didn't initially like her, but after about halfway through the book it was very hard not to cringe and feel sorrow for her. She went through a lot, and it definitely explains why she is the way she is. I liked her character growth, especially in the trust area of allowing people in, it was a nice thing to see. She was overall a strong female character who grew and fought as the story went on.
I would have to say that this next character is my absolute favorite character. Faye, was possibly the nicest person anyone could ever befriend. However, it didn't quite seem like it when she was first introduced. I thought for sure that Faye was out to destroy Mercedes, that was definitely not the case and probably the polar opposite of the actual truth. It was nice getting to read her back story and an added bonus to see her fight to be friends with Mercy. It's what Mercedes needed and Faye just wouldn't give up. I think Faye was the strongest female character in this book (maybe a little bias since she is my favourite), and her sacrifices were amazing as well.
The last character that deserves a mention is Zach. Throughout the whole novel he stuck by Mercy's side and never once gave up on her. Sure he had started off as a hook up, but did devolve into a wonderful person that Mercy could have as a friend at her side. Another thing that I really liked about Zach was that even when he had learned about Mercy's secret, sure he was completely hurt, but never once did he actually completely leave her side.
Overall the characters had all tough situations that they needed to overcome, and sacrifices that were troublesome to make, but they always pulled through in the end. They were one of my favorite parts to Firsts.

The story of Firsts is what intrigued me in the first place and kept my reading. When I was finished, I was actually quite sad that it was over and that I would have to say goodbye to the characters. Nothing was sugar coated in the description and everything was there. It didn't leave any questions unanswered toward any of the plot twists or characters choices. However the story is where I found my issue with the book. Not per say the actual plot line or events, but the genre and age set for this novel. It's meant for Young Adults and I really found that some of the content and experiences that were described could very well have showed up in a New Adult novel. If it had been labeled as a New Adult I do realize though that a lot of the characters ages would have to change, and that a lot events couldn't have happened. So that is why I have excepted it and not downgraded my rating by much or really at all. That was my only concern and thought I would voice it. However besides that, I did enjoy the story and all the emotions that came with it.

In Conclusion this book deserves to be read with an open mind. The experiences the characters go through together are quite unique and I hope everyone who reads gets to enjoy them on full emotion. I definitely recommend this book. 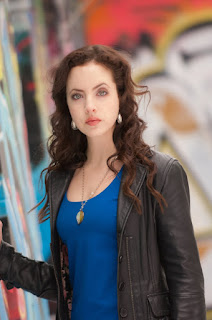 Laurie Elizabeth Flynn writes contemporary fiction for young adults. Her debut, FIRSTS, will be published by Thomas Dunne Books/St Martin’s Press on January 5, 2016.
Laurie went to school for Journalism, where the most important thing she learned was that she would rather write made-up stories than report the news. She also worked as a model, a job that took her overseas to Tokyo, Athens, and Paris.
Laurie now lives in London, Ontario with her husband Steve, who is very understanding when she would rather spend time with the people in her head. Laurie can mostly be found writing happily at her desk, with the world’s most spoiled Chihuahua on her lap. Laurie drinks way too much coffee, snorts when she laughs, and times herself when she does crossword puzzles.
Laurie is represented by the amazing Kathleen Rushall of the Marsal Lyon Literary Agency.

Posted by Sabrina at 11:48 PM
Email ThisBlogThis!Share to TwitterShare to FacebookShare to Pinterest
Labels: NetGallery