Hello everyone! Since becoming a blogger I have had the opportunity of meeting some amazing book fans as well as equally amazing bloggers. BookNut is just a prime example of that.

I was lucky enough to have met her through the Splintered fandom and so she was my friend before I became a blogger. BookNut is incredibly kind as well as a very talented book blogger. So I thought it would be lovely to have her as my first guest on my blog.

BookNut is the blogger over at 21st Century Once Upon a Times. Her blog consists of all kinds of delightful book related topics, as well as her amazing YA & NA book reviews are featured there.

I hope you all enjoy her post on how strong female characters effect lady readers, and what it takes to create the perfect female lead. If you like what you read, make sure to check out more of her book discussions and reviews over on her blog. 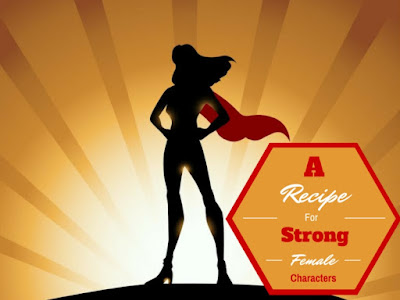 But what makes a strong female character?

It's not just her physical strength. She may be good with a bow like Katniss Everdeen, or a dab hand at spells like Hermione Granger - but it's not her skill set that defines her as strong. It's her mental capabilities. It's the way she's able to feel, to love, to lose, to sacrifice.

It's her ability to take something terrible and turn it into something beautiful.

The best heroines are the ones who draw on their past, their failures, the sacrifices they've made, and their faults - and who use these to triumph over the obstacles in their way.

A great example of this is Kendra Irisavie from author Emma Raveling's Ondine Quartet. Kendra embodies skill and strength. She is a warrior, she is a natural fighter and is as fiery as she is lost. Uncertain of her destiny and of her place in the present, she struggles with coming to terms with her own strength...her mental and emotional strength. There is a quote from the final book in the series that speaks to me:

“Love was as flawed and terrible and beautiful as we were. To be alive meant looking for it in ourselves and in others, an imperfection searching for an impossible perfection. Because in that journey was where truth resided. Love wasn’t about being held. It was about being freed.” ― Emma Raveling, Breaker

It's moments like the one mentioned above - where the female character acknowledges the strength to be found in weakness and imperfection - that make a female character a heroine. I remember reading this series, and that quote, and thinking 'I understand this. I understand her.' When an author strips down their characters' defences and allows readers to see the raw and chaotic whirl of emotions underneath, that is when readers feel the closest to these characters. That is when these characters become friends, role models, and sources of inspiration.

I have a friend who grew up with a mother who was verbally abusive. Once, my friend borrowed a book from me (which was centered around a character with a verbally abusive mother). When she came back to return the book, she said to me, "You know what the best part was? The part where she (the character) realizes that hating her mother was poisoning her more than the abusive words were. And that she needed to forgive her mother in order to move on with her life."

That book in some small way, through its female protagonist, managed to speak to my friend and aid her in setting about fixing her own life. My friend now has a functioning relationship with her mother. Although they aren't close, my friend has managed to let go of her ill will and focus on becoming the best person she can be. She saw herself in that book's female character. She saw a mirror image of her own struggle, her own pain. And she saw a chance at hope, at a better future.

A strong female character doesn't need to be Wonder Woman. Or Supergirl. She doesn't need to have special powers, a sword collection, or even a badass wardrobe (although that is never a bad thing to have!). But what she does need to have is honesty. Her character needs to be real. She needs to be made up of human emotions, flaws, strengths, and hopes, as she faces her demons.

To authors: don't be afraid to write strong females. But don't forget to give them a voice and a heart. And to the authors who do write strong female characters, thank you. Thank you from the bottom of my heart for giving me women who I can cry, laugh, and smile with.

To readers: read. Read, read, and read some more. Fill your mind with the words and strength of the characters you've befriended on your literature journeys. Allow them to be your invisible shields in a world that is always seeking to tear you down or make you into something you are not. Be the hero/heroine in your own story.

What do YOU think makes a strong female character? What femal characters have inspried YOU? Tell us in the comments! 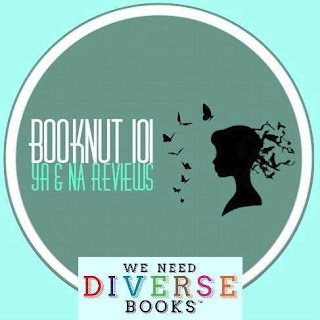 Bookworm. YA & NA blogger. Music addict. Relatively human.
Booknut is a bookworm of the highest degree, OCD about books and jilting Mr Darcy for Will Herondale.

When not sitting glued to her computer screen, she is prone to fervent book obsessing sessions, daydreaming and has a bit of a personality crisis.
Spends days reading, sleeping, writing random short stories, or watching Austen movies for the hundredth time.

She loves her bookshelf (though she would love to trade it in for a Beauty and the Beast-esque library!) her computer, her friends and her followers. Loves anything to do with the fantasy world, would like to live in it and is open to any author requests for book reviews.
Hopes to one day publish one of her many unfinished stories, but in the meantime is happily munching away on Snickers bars waiting for fae to come knocking at her front door.
Get in touch with BookNut over on her Twitter page
Posted by Sabrina at 11:04 AM
Email ThisBlogThis!Share to TwitterShare to FacebookShare to Pinterest
Labels: Guest Post

hey! This is @SimplyShelbs16 from Twitter/Tumblr/etc.. lol! This article speaks to me just as the strong female characters in books and even TV shows do. I just wanted to list a few of my favorite inspirational women of literature: Hermione Granger (Harry Potter), Tessa Gray (The Infernal Devices), Clary Fray (The Mortal Instruments), Isabelle Lightwood (The Mortal Instruments), Ruby Daly (The Darkest Minds), Alice Bell (Alice In Zombieland), Alyssa Gardner (Splintered) & Belle French (not from books, but Belle from Once Upon A Time is so badass).

Thank you Library Luv for giving me the opportunity to be a guest blogger on your lovely blog! I had so much fun working with you <3