Cover Reveal~ Gabriel and The Swallows

Hello Everyone! Today I am on of the lucky people who get to partake in Esther Dalseno's cover reveal for Gabriel and the Swallows, book 1 in the Volatile duology This cover reveal is hosted by Oftomes Publishing.

Without further ado here is the cover for Gabriel and the Swallows: 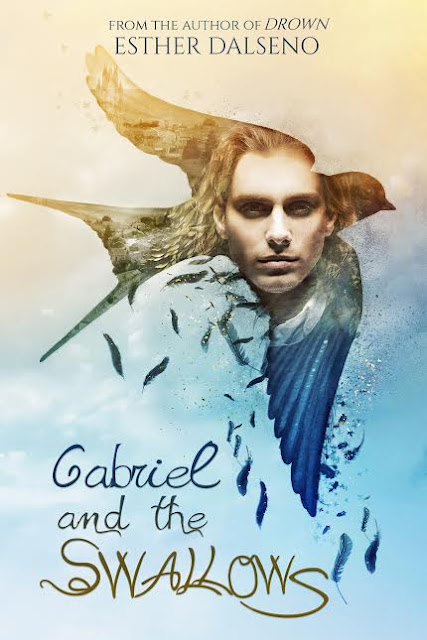 I have to mention that for the most part I have fallen in over with ALL of the Oftomes book covers, however I think this one tops the list. I like the aesthetics of it as well as the scheme behind various elements. Also just from reading the description, I believe this cover does a really good job of representing it. Oh! And my favourite part would have to be the way the face and parts of the background is intertwined with the silhouette of a Swallow.

~About the Book~
Title: Gabriel and the Swallows
Series: Volatile
Author: Esther Dalseno
Release Date: March 2016
Publisher: Oftomes Publishing
Synopsis:
"A lonely farm boy.
A girl with swallow’s wings.
An ancient city buried in a volcano.
A mystery old as blood and bone.

There is more to Gabriel than the life he’s ashamed of – the son of peasant winemakers, bullied relentlessly on account of his disabled mother. For Gabriel has a secret: the elaborate dream world he descends into at night – a grandiose, vivid existence – is becoming more real than his waking life.

Wrestling with manhood whilst beckoned by ancient rites and foreign lands, Gabriel is about to make a deadly decision that changes the course of life as he knows it…as long as he can decide which reality he’s in." 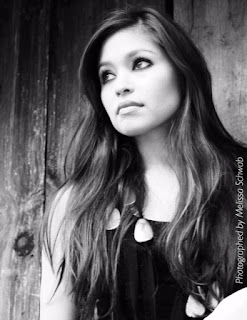 Esther Dalseno was born to a Malaysian mother and an Italian father in Australia. After living in both Portland, Oregon and Sydney, New South Wales, she headed off to see the world.
Writing and teaching, she has lived in Laos, Vietnam and South Korea and has traveled the world extensively, from Johannesburg to Bangkok to Barcelona.
She now lives in Berlin with her husband, daughter, and Pekingese dog, all acquired in different countries. She has no plans yet to return to Australia.
Esther loves museums, festivals, live music and can often be seen ambling about the graffiti-strewn streets of Berlin’s inner city.
She began her publishing career with the short Totoro’s Garden in the acclaimed short story collection, We All Need a Witness, published by Macmillan.
Her debut novel Drown was published in 2015. Her second novel, Gabriel and the Swallows will be released in March 2016.
Get In touch with Esther:

Posted by Sabrina at 11:18 AM
Email ThisBlogThis!Share to TwitterShare to FacebookShare to Pinterest
Labels: Cover reveal

This book is new to me, but the cover is beautiful!