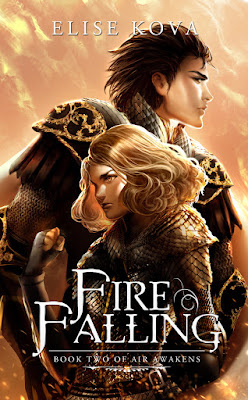 Fire Falling is the second book in the Air Awakens Series."

What is this week book that you are eagerly awaiting?
Posted by Sabrina at 8:56 AM
Email ThisBlogThis!Share to TwitterShare to FacebookShare to Pinterest
Labels: Waiting on Wednesday

I admit I had not heard of this series before but the cover is pretty and the synopsis sounds intriguing I might have to check out book one.