Blog Tour Review Post: At the Sharp End of Lightning Hello Everyone! Today's special post will be for At the Sharp end of Lighning blog tour hosted by Enchanted Book Promotions. I will be doing a honest review. I was also provided with a ebook copy from the publisher, however that does not affect my views on this book. 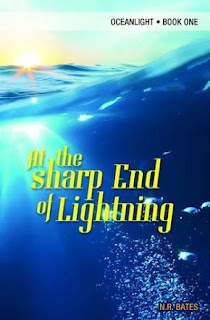 Title: At the Sharp End of Lightning
Author: N.R. Bates
Genre: Epic Fantasy/ Magical Realism
Purchase:
*Amazon
Synopsis:"The interwoven fantastical tale of family, of loss and sacrifice, of unexpected gifts and coping with disability and new abilities set against the backdrop of climate change occurring across parallel worlds. In Oceanlight, Yalara Narika, a winged Sea Sprite, searches for her lover over immense seas only to find catastrophe and realization that her world is in turmoil. Meanwhile in the safe suburban normality of North Wales, Einion Morgan Alban, a restless youth afflicted by a disease of the blood, is nearly murdered by a man in a white suit. Yalara and Einion must discover the causes of their near-deaths and their as yet unrevealed connections as they both face upheaval to their lives and their worlds. Book One of the OCEANLIGHT series."
I Give this book a 7.8 out of 10 rating

One of the most fascinating things about this book was the research this author had done on all the different aspects to it. It really showed through, not only for his scenes, but also through the characters as well. Another unique thing about this story was that it happened in parallel universes. Outstanding first book to this series.

The plot had to be one of my favorite things about this book. I had never read a book where it included multiply worlds in one book. It was interesting to read about parallel universes. My one problem though it was that it sometimes was hard to understand what was going on and sometimes I even had to stop and think about what I was reading. With that being said he still did a great job on the writing style portion of this book. I am interested in seeing what book 2 will entail.

Now for the characters, I would have to say for me that my favourite was Einion. I honestly thought I wouldn't care for him at the beginning of the book, however as I progressed, so did my opinion on him. I thought he showed a lot of character development as well as being a lot braver than I ever would've pictured him to be. Yalara, was also an interesting character. I think it took me a couple chapters to nail down the pronunciation of her name, however I think it sounds and is spelt beautifully. Though between the two of them, Einion was definitely more enjoyable to read about. Overall, a well done job on the descriptions and emotions of these characters.

In conclusion, I would recommend this book to those who enjoy reading about Parallel Universes as well fantasy books. I enjoyed this book, It was good and I hope to eventually read book 2. I hope that if you get a chance to pick up this book, that you enjoy the worlds as much as I did. 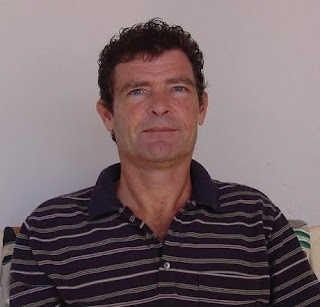 NR Bates was born in London, grew up in Wales, and lived in Canada and Bermuda. He shares his life with his wife and his house with seven cats, one dog and the subtropical wildlife of lizards, wolf spiders and ant colonies that seek out a better life indoors. He is an oceanographer and scientist, and has published more than one hundred and thirty scientific papers on ocean chemistry, climate change and ocean acidification. He is a Senior Scientist at the Bermuda Institute of Ocean Sciences and Professor of Ocean Biogeochemistry at the University of Southampton, UK. His novels focus on epic fantasy and magic realism, and inspired by his deep love of the ocean and environmental sciences. He has also recently published a small book of short-stories set in Paris, entitled “The Fall of Icarus (The Elevator, The Fall of Icarus, and The Girl)”