Author of the Month~ November 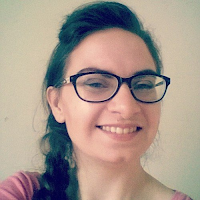 Freedom is an ink weaving, book hoarding, dreamer with a fondness for all things vintage. She lives in rural Hampshire, UK with a hotchpotch of family members, ponies and wonky bookshelves.
Creating stories has been a passion since before she can remember, but she has been writing consciously since the age of fourteen. An introverted and shy girl, Freedom found her voice in imaginary worlds and has continued to do so.

Connect with her on:


Sabrina: Hello Freedom! It’s super great to have you here on my blog. It’s also awesome to have you as my November  author of the month!
Freedom:  It’s wonderful to be here! Thank you for inviting me, as a reader of your blog, I’m honoured to be a part of it all.
Sabrina: Who are some authors you have begun to admire over time?
Freedom:  Oooh, how long to we have? Roald Dahl, JK Rowling, Juliette Marillier, Robin Hobb, Jane Austen, Sarah J. Maas, Cornelia Funke, Cassandra Claire, RR Haywood, all my Oftomes siblings, the list is endless to be honest!
Sabrina: What inspired you to write a YA novel revolving around pirates?
Freedom:   Hmmm, that is hard to pinpoint. It’s a frustrating answer because it came to me that way. The crew appeared as a group, aboard this ship. I even played around with moving the crew to a castle. I just knew this group of people had to be an intense, isolated/no escape situation for the curse to play out. Much like everyone else, I was an avid Pirates of the Caribbean fan as well as period drama obsessive, it all just internlinked with the sea, pirates and it was fun to play around with the folklore of it all.
Sabrina: In three words, how would you describe the New World series? *(Sorry, is this ‘Curses of VIII’ Series?)*
Freedom:  Love, Loss, adventure.
Sabrina:  Which character has been the easiest to write, and which one has been the hardest to write?
Freedom:  They all were a joy and all were hard at points…
Easiest would have be to the lads’ banter - I used experience with my brothers and nephews to mold those scenes and it just came very naturally.
For the hardest, I think perhaps Hadnaloy, she’s SO petty and it was hard to find my inner ‘evil’ but it was fun to try! Lennie’s scenes of her past, and her pain were the very hard, it became a very heavy writing session during those times.
Sabrina: If you were on the Wilted Rose, what crew member would you most likely be like?
Freedom:  I think I’d be a mixture of Ned and perhaps Butch. I’m a mother hen by nature so I’d want to look after everyone and make sure they’re eating right and that they are comfortable.
Sabrina: How long did it take you to draft this World in your series?
Freedom:  It’s difficult to determine time-frames as it was something I’ve been working with for such a long time. I would say the basic world would be less than a year but it took many years for me to be comfortable with the entire world/series as a whole. I find the full story in rewriting, it’s an evolution process for me, so things I thought were concrete at first have changed a few times.
Sabrina: What is a quote you wrote that you are proud to say you crafted?
Freedom: That’s like choosing children! Haha! Here’s one I’m kinda proud of having in thebook:-
“Hello Grim reaper, who knew you took the form of rope…”
Sabrina: Do you require anything in order to sit down and have a good writing or editing session?
Freedom:  A bottomless cup of tea and a quiet space. I’m a writer with simple needs.
Sabrina: When you are not writing, what do you enjoy doing in your free time?
Freedom:  Aside from the reading thing, I love to crochet, spend time time with my family and visit with my ponies.
Sabrina: What have been your favourite YA books or books series so far?
Freedom:  Another hard question! (Aside from HP) they would be - Anything my Oftomes Siblings have released...they are great (not just saying that, I’m honoured to be published alongside them). The Infernal Devices, ACOTAR, ..nope there’s too many to list...I love many books/series but these are some of my faves.
Sabrina: It has been so lovely having you be a guest on my blog today! I can’t wait to see what future writing you bring! Especially after having loved Inherited so very much! Thanks again Freedom.


Freedom:  It’s been wonderful! Thank you for the brilliant questions and I look forward to reading more from your blog! I appreciate you review and so glad you enjoyed your time aboard the Wilted Rose!
~Check out Freedom's book~ 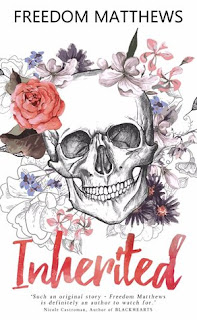 The Wilted Rose, of faery-tale and folklore, is a pirate ship filled with unfortunate souls-each forbidden to love. One such soul is Valencia "Lennie" Roux. Raised in a brothel and an heir to a curse; Lennie never expected to be pique the interest of any man. Yet with the arrival of vivid-eyed Nathaniel, she is torn between wanting to know him better and fearing what that knowledge would mean.

With Nathaniel bringing the crew's total to six, the Wilted Rose sets off in search of the remaining two heirs. They hope that in reuniting, they will convince the faery sorceress responsible for the curse, to end it. However lurking beneath the water is a long standing enemy of the Wilted Rose; who is determined to thwart their quest and bring down its leaders