Hello everyone! Today I am super excited and one of the very lucky people who gets to partake in Katherine Hurley's cover reveal for Unbound the third and final book in The Griever's Mark trilogy.

My love for her books has grown stronger and stronger every time I was lucky enough to read her books. She is a brilliant fantasy writer who sets the world of her books perfectly. I have reviewed the first two previous  books in The Griever's Mark Trilogy; The Griever's Mark (book 1) & Chains of Water and Stone (book 2)

Now without further ado, the stunning cover for Unbound is here.... 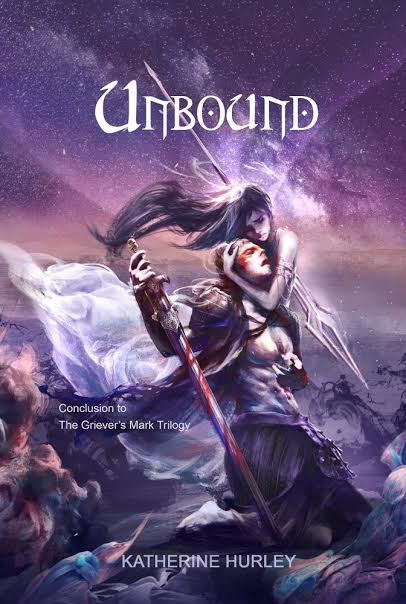 Title: Unbound {Book 3 in The Griever's Mark trilogy}
Author: Katherine Hurley
Release Date: January 21st, 2016
Purchase links:
*Amazon
Description:
"As the growing conflict forces Logan to embrace his newly discovered heritage, he fights to control a power he has long kept buried—a power that threatens everything he has tried to make of himself. Desperate to spare Astarti yet another burden, he tries to hide his crumbling control, but she has long since learned to recognize a lie. As Logan becomes a danger to himself and those around him, Astarti must find a way to help him, even if he doesn’t want it.

Unfortunately, Astarti has other problems. Good and evil wear ever-shifting faces, the right course of action grows increasingly unclear, and the stakes are only getting higher. In this final installment of The Griever’s Mark trilogy, Astarti must decide, once and for all, what she stands for--and what she is willing to sacrifice."

Other books in the series.... 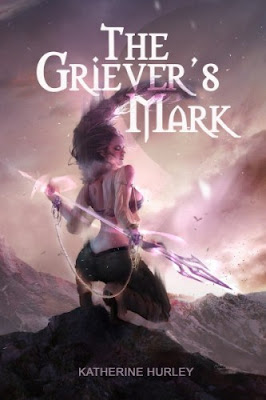 “Drifter.” His voice is deep and rich beneath the scorn. “I should have known.”
I won’t rise to that bait. Everyone knows Earthmakers hate my kind. I demand, “What are you doing here?”
He stares his refusal at me.
Now that I’m so close, I notice that his eyes are the strangest I’ve ever seen. Their color shifts: blue to green, then streaked with brown, then edged with gold. They shift to green again. I frown. “What’s wrong with your eyes?”
His jaw clenches, and his eyes turn blue, as an Earthmaker’s should be. He stills as though he’s under control now, but the pulse beating hard under my knife and the tension of his lean, muscled body tells me his control is thin.
He says steadily, “What do you want with Count Martel, an enemy of the king?”
I press the blade harder and feel a wash of satisfaction when he winces. “I’m asking the questions.”


Chains of Water and Stone {book 2} 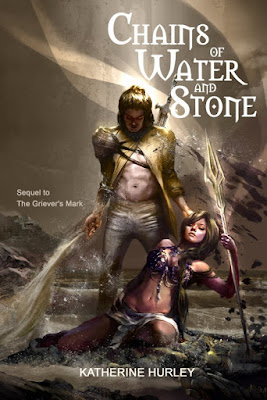 Belos crouches down, studying me. He sighs, taking his time, brushing hair from my face. I wrench my head away.
“You do look like your mother, you know. I see the resemblance, with you bound here before me as she was before she died.”
Somewhere behind me, Horik gives a muffled shout.
I choke on my own horror. Belos’s lip twitch with amusement.
“It was almost in this very spot. Do you know, the last thing she saw was me lifting you into my arms?” He slips the Shackle’s cuff over my pinned hand and says with satisfaction, “You must have always known it would come to this.” 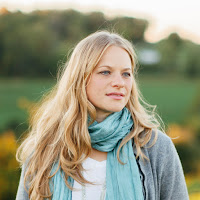 Katherine was born in New Mexico, raised in Kansas, and currently lives in West Virginia. Her cat takes feline delight in stepping on the keyboard at the worst of times, and her dog uses a magical combination of tail-wagging and woo-wooing to transform a writing session into a romp in the yard. Luckily, the horse is more respectful. (Katherine writes fiction, so take that as you will….) She loves her mountain bike also but claims it’s not as nice to pet.
Visit Katherine over on her website

Get in touch with Katherine through:

Posted by Sabrina at 1:17 PM
Email ThisBlogThis!Share to TwitterShare to FacebookShare to Pinterest
Labels: Cover reveal