There Will Come a Darkness Blog Tour 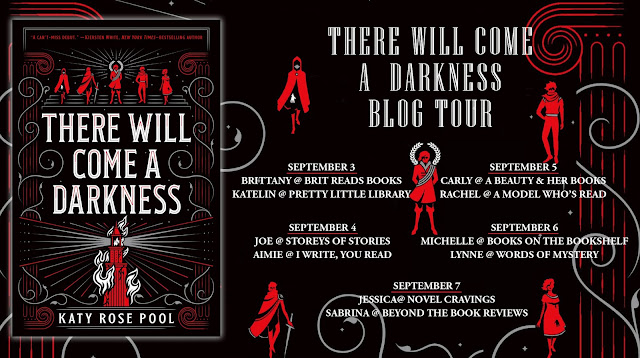 Hello all! I am super excited to say that I am concluding this awesome There Will Come a Darkness Tour hosted by Raincoast Books. If you haven't had a chance to check out some of the posts down on this tour, I highly recommend doing so! 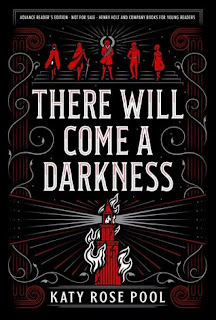 Title: There Will Come a Darkness
Author: Katy Rose Pool
Publication Date: September 3rd, 2019
Publisher: Raincoast Publishing
Description:  The Age of Darkness approaches. Five lives stand in its way. Who will stop it . . . or unleash it?
For generations, the Seven Prophets guided humanity. Using their visions of the future, they ended wars and united nations—until the day, one hundred years ago, when the Prophets disappeared.
All they left behind was one final, secret prophecy, foretelling an Age of Darkness and the birth of a new Prophet who could be the world’s salvation . . . or the cause of its destruction. With chaos on the horizon, five souls are set on a collision course:
A prince exiled from his kingdom.

A ruthless killer known as the Pale Hand.
A once-faithful leader torn between his duty and his heart.
A reckless gambler with the power to find anything or anyone.
And a dying girl on the verge of giving up.
One of them—or all of them—could break the world. Will they be savior or destroyer? Perfect for fans of Throne of Glass, Children of Blood and Bone, and An Ember in the Ashes.

There Will Come a Darkness is a unique book that reminded me of a Nevernight, but a more PG version. It is told in 5 POVS that alternate one after the other, which gives off a Six of Crows feel. So to sum this book up shortly, I'd say it is a cross between a Nevernight and Six of Crows.

The characters were really interesting, and I found myself intrigued by all of them in their own way. Each of them ended up distinguishing themselves, however at the beginning I found myself having to be reminded which character was who.  I think one of my favourite characters to read is Anton, he has a great sense of humour that goes along perfectly with the situation he is in. The setting, though interesting, took a lot of time to get used to. Every time a new place is mentioned, I had to refer back a couple chapters to figure out where everything was. I also had to remind myself where the character were positionally in the story and within the context too what was going on.

All in all, the story keeps you very intrigued and I almost never lost interest. The adjustment period to the setting a characters doesn't take very long either. So overall I would highly recommend this book.  It is a well put together fantasy, that has a very interesting storyline, and some very lovable characters.

Be sure to check out the previous tour stops!!

Posted by Sabrina at 9:00 AM
Email ThisBlogThis!Share to TwitterShare to FacebookShare to Pinterest