Books that come out today

So welcome to my "Release Day" March 13th edition... 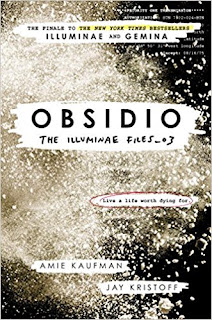 Title: Obsidio {Illuminae files #3}
Author: Amie Kaufman & Jay Kristoff
Publication Date: March 13th
Publisher: Knopf Book for Young Readers
Pages: 624
Description:Kady, Ezra, Hanna, and Nik narrowly escaped with their lives from the attacks on Heimdall station and now find themselves crammed with 2,000 refugees on the container ship, Mao. With the jump station destroyed and their resources scarce, the only option is to return to Kerenza—but who knows what they'll find seven months after the invasion?

Meanwhile, Kady's cousin, Asha, survived the initial BeiTech assault and has joined Kerenza's ragtag underground resistance. When Rhys—an old flame from Asha's past—reappears on Kerenza, the two find themselves on opposite sides of the conflict.

With time running out, a final battle will be waged on land and in space, heroes will fall, and hearts will be broken. 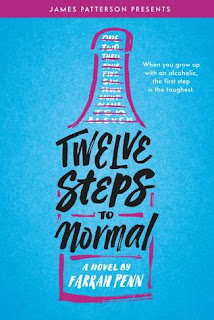 Title: Twelve Steps to Normal
Author: Farrah Penn
Publication Date: March 13th
Publisher:  Little, Brown
Pages: 384
Description: James Patterson presents this emotionally resonant novel that shows that while some broken things can't be put back exactly the way they were, they can be repaired and made even stronger.
Kira's Twelve Steps To A Normal Life
1. Accept Grams is gone.
2. Learn to forgive Dad.
3. Steal back ex-boyfriend from best friend...

And somewhere between 1 and 12, realize that when your parent's an alcoholic, there's no such thing as "normal." When Kira's father enters rehab, she's forced to leave everything behind--her home, her best friends, her boyfriend...everything she loves. Now her father's sober (again) and Kira is returning home, determined to get her life back to normal...exactly as it was before she was sent away. But is that what Kira really wants?

Posted by Sabrina at 10:47 AM
Email ThisBlogThis!Share to TwitterShare to FacebookShare to Pinterest
Labels: Release Day