"Waiting On" Wednesday is a weekly event, hosted by Breaking the Spine, that spotlights upcoming releases that we're all eagerly anticipating.
This week's pre-publication "can't-wait-to-read" selection is: 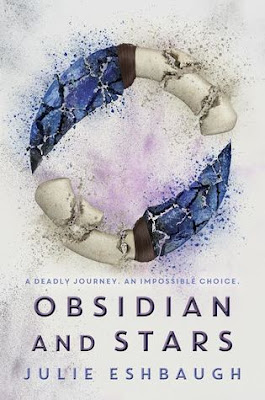 After surviving the chaotic battle that erupted after Lo and the Bosha clan attacked, now Mya is looking ahead to her future with Kol. All the things that once felt so uncertain are finally falling into place. But the same night as Kol and Mya’s betrothal announcement, Mya’s brother Chev reveals his plan to marry his youngest sister Lees to his friend Morsk. The only way to avoid this terrible turn of events, Morsk informs Mya when he corners her later, is for Mya to take Lees’ place and marry him herself.

Refusing to marry anyone other than her beloved, and in an effort to protect her sister, Mya runs away to a secret island with Lees. And though it seems like the safest place to hide until things back home blow over, Mya soon realizes she’s been followed. Lurking deep in the recesses of this dangerous place are rivals from Mya’s past whose thirst for revenge exceeds all reason.

With the lives of her loved ones on the line, Mya must make a move before the enemies of her past become the undoing of her future.

I am actually currently reading this one, but who else is excited for this anticipated sequel?
Posted by Sabrina at 6:00 AM
Email ThisBlogThis!Share to TwitterShare to FacebookShare to Pinterest
Labels: Waiting on Wednesday

I'm waiting on this one as well. I enjoyed the first book well enough and I'm curious to see how things play out from there. Great pick! My WoW