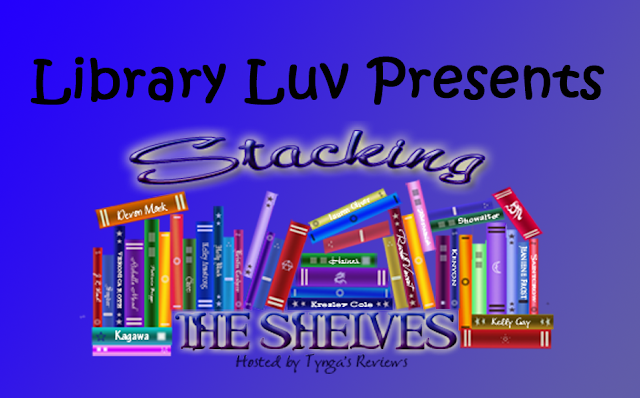 Its origin is from Tynga's Reviews

Stacking The Shelves is all about sharing the books you are adding to your shelves, may it be physical or virtual. This means you can include books you buy in physical store or online, books you borrow from friends or the library, review books, gifts and of course ebooks!
If you want to find out more about Stacking The Shelves, please visit the official launch page!

I plan to do this at the end of every month to show you all my lovely book hauls that month had in store.

Lets start with the 4 books I bought for myself 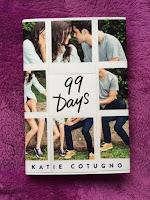 "Day 1: Julia Donnelly eggs my house my first night back in Star Lake, and that’s how I know everyone still remembers everything—how I destroyed my relationship with Patrick the night everything happened with his brother, Gabe. How I wrecked their whole family. Now I’m serving out my summer like a jail sentence: Just ninety-nine days till I can leave for college, and be don ...more"
I picked up this book for the gorgeous cover along with the cuteness of the story itself. Haven't had time to read it yet, but hopefully soon. 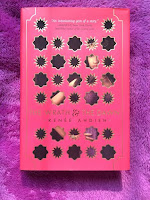 The wrath & The Dawn by: Renee Ahdieh

"A sumptuous and epically told love story inspired by A Thousand and One Nights
Every dawn brings horror to a different family in a land ruled by a killer. Khalid, the eighteen-year-old Caliph of Khorasan, takes a new bride each night only to have her executed at sunrise. So it is a suspicious surprise when sixteen-year-old Shahrzad volunteers to marry Khalid. But she does s ...more"
I picked up this book already knowing that there had been such huge hype on it. The cashier herself told me it was an amazing read. So apart from picking it up because of that, I found the storyline intriguing. Hope to also read this one soon. 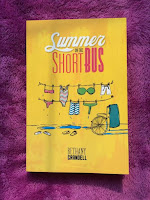 Summer on the Short Bus by Bethany Crandell

"Spoiled, Versace-clad Cricket Montgomery has seventeen years of pampering under her belt. So when her father decides to ship her off to a summer camp for disabled teens to help her learn some accountability, Cricket resigns herself to three weeks of handicapped hell.

Her sentence takes a bearable turn as she discovers the humor and likeability of the campers and grows clos ...more"
I wanted this book from the beginning, it took me quite some time to finally get a hold of it, but once I finally did, I am super happy. It was a nice heartwarming read and I hope everyone gets a chance to read it. 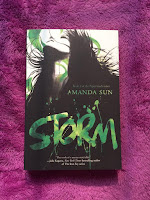 "After almost a year in Japan, Katie Greene has finally unearthed the terrible secret behind her boyfriend Tomohiro's deadly ability to bring drawings to life—not only is he descended from Kami, the ancient Japanese gods, but he is the heir to a tragedy that occurred long ago, a tragedy that is about to repeat.
Even as the blood of a vengeful god rages inside Tomo, Katie i ...more"

I fell in love with not only the covers but the books themselves. The stories were new, original, and never failed to amaze me. I hope I get to read this soon because I am excited to finish the series off.

2 Books I received as ARC's 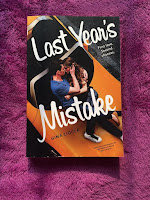 Last Year's Mistake By: Gina Ciocca
"Before:
Kelsey and David became best friends the summer before freshman year and were inseparable ever after. Until the night a misunderstanding turned Kelsey into the school joke, and everything around her crumbled—including her friendship with David. So when Kelsey's parents decided to move away, she couldn't wait to start over and leave the past behind. Except, David was ...more" 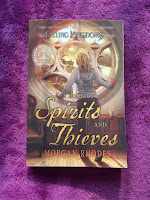 A Book of Spirits and Thieves by: Morgan Rhodes

Worlds collide in this suspenseful, page-turning Falling Kingdoms spin-off series, which explores a whole new side of Mytica—and an even darker version of its magic.

Posted by Sabrina at 7:26 PM
Email ThisBlogThis!Share to TwitterShare to FacebookShare to Pinterest
Labels: Stacking the shelves

Great haul this week! I really want to check out 99 Days so I'll be looking forward to your thoughts on it. Have a great week! :)
Krystianna @ Downright Dystopian

I tried winning giveaways for The Wrath and the Dawn all over the place, but to no avail. It isn't exactly what I am used to reading, so I am going to wait and hope it goes on ebook special after Christmas. I agree the cover is brilliant. Great haul!

Thanks! Hopefully it will be my next read and then I can get the review up soon!! Btw I loved you STS post!

99 Days sounds pretty good! I'll have to check it out. Enjoy your new books!

I tried following you through Bloglovin, but I'm not sure your link is working...

Hey! I am sorry it wasn't working. I was having technical difficulties with a couple of other links too. Hopefully the Widget I use for bloglovin works now :D

If it still doesn't work could you please let me know, thank you